It is my belief that conservation managers currently make minimal use of the geographic variation of genes found within species. Whilst the movement of individuals from one population to another – assisted gene flow – is gaining traction as a viable conservation tool in combatting the impacts of climate change, this is not the only threatening process for which variation in conservation relevant traits exists. For example, invasive species and diseases often spread in roughly predictable ways, leading to exploitable genetic variation across a landscape. In addition, many threatening processes also worsen over time, such as pathogens evolving to become more virulent. Can we take a more aggressive approach and utilise this variation to aid with desired conservation outcomes?

Targeted gene flow (TGF) refers to these possibilities. The idea is simple but has wide-ranging potential; where there is heritable geographic variation in relevant traits and a likely environmental trajectory can be predicted, targeted gene flow can be utilised. Recent work has identified the perfect conditions in which to test, for the first time, the use of targeted gene flow – in halting the spread of an invasive species. 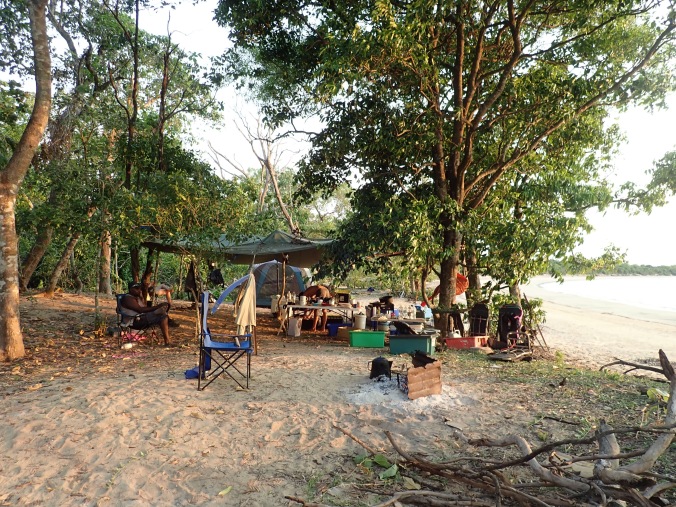 Indian Island – The home for our experimental population of cane toads for the next three years.

The cane toad (Rhinella marinus) is one of the worst invasive species in Australia. Introduced in the 1930s, it has rapidly spread across northern Australia, resulting in severe impacts on native biodiversity, such as snakes, goannas, and quolls. Alarmingly, the rate at which toads have spread across Australia has increased over time, with conditions on the invasion front selecting for the highest dispersers in the population. As a result, toads on the invasion front now move up to 10 times faster than their conspecifics that were first introduced in Queensland. Critically, this increased dispersal ability has come at a cost: a reduction in their ability to compete with conspecifics at high densities. Can we use this geographic variation in dispersal and competitive ability to potentially slow or halt the subsequent spread of toads across Australia? 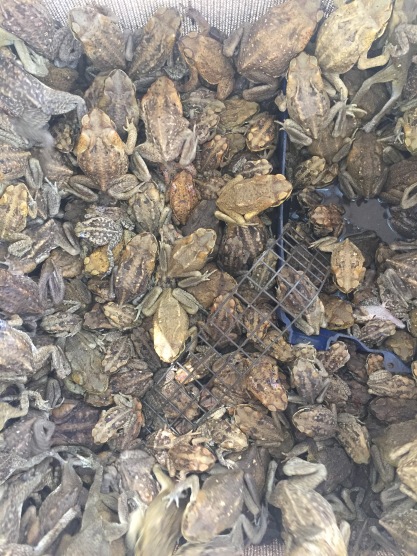 Figure 2. Cane toads can occur at astonishingly high densities! Here we collected 250 toads in three hours. These individuals were humanely killed before being repurposed as sausages for a landscape level taste aversion study.

A unique opportunity has been identified to combat the spread of cane toads in Australia: a ‘waterless barrier’ comprising an intensely managed corridor of pastoral land wedged between the Great Sandy Desert and the Indian Ocean (see the recent ABC coverage here). As toads spread into this arid region of Western Australia over the next decade they will increasingly rely on artificial water bodies – such as pastoral dams and tanks – to rehydrate, breed and spread. Modelling and empirical work now supports the idea that if we intensely manage a strip of artificial waterbodies 80-100 km wide between Broome and Port Headland, we could, in theory, halt the further spread of cane toads in Australia. This would keep the Pilbara – 268,000 km2 of potential toad habitat – free of toads. As it stands, this barrier needs to be wide enough to halt the hyper dispersive frontal toads.

But what if, as the toad invasion approached, we introduce low-dispersive toads from Queensland on the near side of the barrier? We could set off a new invasion, a ‘genetic back-burn’ (GBB), of less-dispersive genes heading back towards the oncoming invasion front. Because our less-dispersive toads can outcompete their highly dispersive counterparts, the highly dispersive toads (and genes) may never make it to the barrier. Excitingly, executing a GBB would add almost no extra cost whilst making the proposed barrier substantially more difficult to breach. Whilst the concept of a GBB has been examined via generic modelling, important ideas surrounding the use and feasibility of a GBB have not. Questions surrounding when, where and how a GBB would be implemented remain, as do specific questions about its application to toads in particular. These questions form the basis of my PhD.

Over the next three years I aim to combine field-based studies, simulation modelling and quantitative genetics to explore the use of TGF in halting the spread of cane toads in Western Australia. Outputs will include the first ever field trial of TGF in action, in addition to a generalised management framework allowing me to answer questions surrounding if, how, when and where TGF should be conducted for a given conservation action. Critically, this project will provide vital information to land managers currently tasked with considering the feasibility of a cane toad barrier in Australia.

This just in, my first co-authored scientific paper; documenting the establishment of a novel amphibian order in Australia! We identify  nominal subspecies, identify potential climate suitability within Australia and use field surveys to identify the first recorded case of reproduction. Here’s an early peek:

Introductions of alien species are among the most important, least controlled and least reversible of human impacts on the world’s ecosystems. Invasive species can alter ecosystem services, and mitigation and subsequent management efforts can impose significant economic costs. Comprehensive regional inventories of alien species in freshwaters are scarce and incomplete , and very few freshwater sites are beyond the current or projected range of at least one high-profile invader. Informed management decisions require an understanding of the potential risks posed by invaders, as well as an in-depth understanding of their biology.

A large body of scientific evidence suggests that the optimal strategy to eradicate newly discovered invaders is to act swiftly before the species is able to expand its geographic range. However, early detection of aquatic invasive species (AIS) can pose formidable challenges due to the fact that many AIS occur at extremely low densities during the initial stages of an invasion. Environmental DNA can be used to detect species from water samples, and therefore has the potential to revolutionize fauna surveys. However, species detection in eDNA-based surveys is likely to be imperfect, which can lead to underestimation of species’ distributions. The use of detection models can account for imperfect detection and can be used to estimate the proportion of sites where a species occurs, making them ideal for use with eDNA sampling methods. To date, only a handful of studies have combined eDNA with site-occupancy models ( e.g. Schmidt et al. 2013), and the efficiency of eDNA and traditional sampling methods have not been thoroughly compared.

My research will not only assist in the development of protocols for when, where, and how surveys  should be conducted, but will also provide one of the first comparisons of the cost-efficiency of eDNA vs. traditional sampling techniques. Ultimately, this information will assist in future monitoring and eradication efforts of freshwater species.